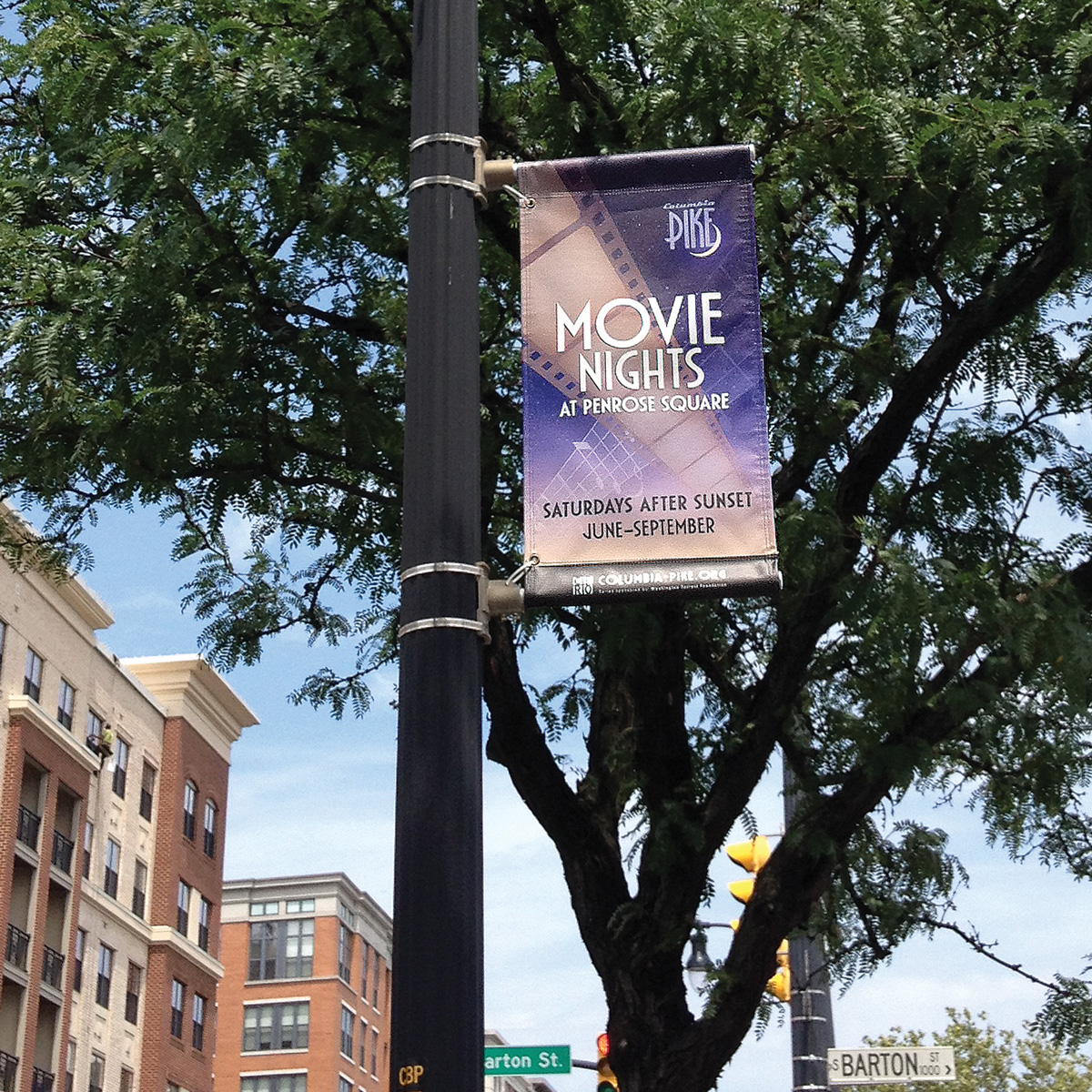 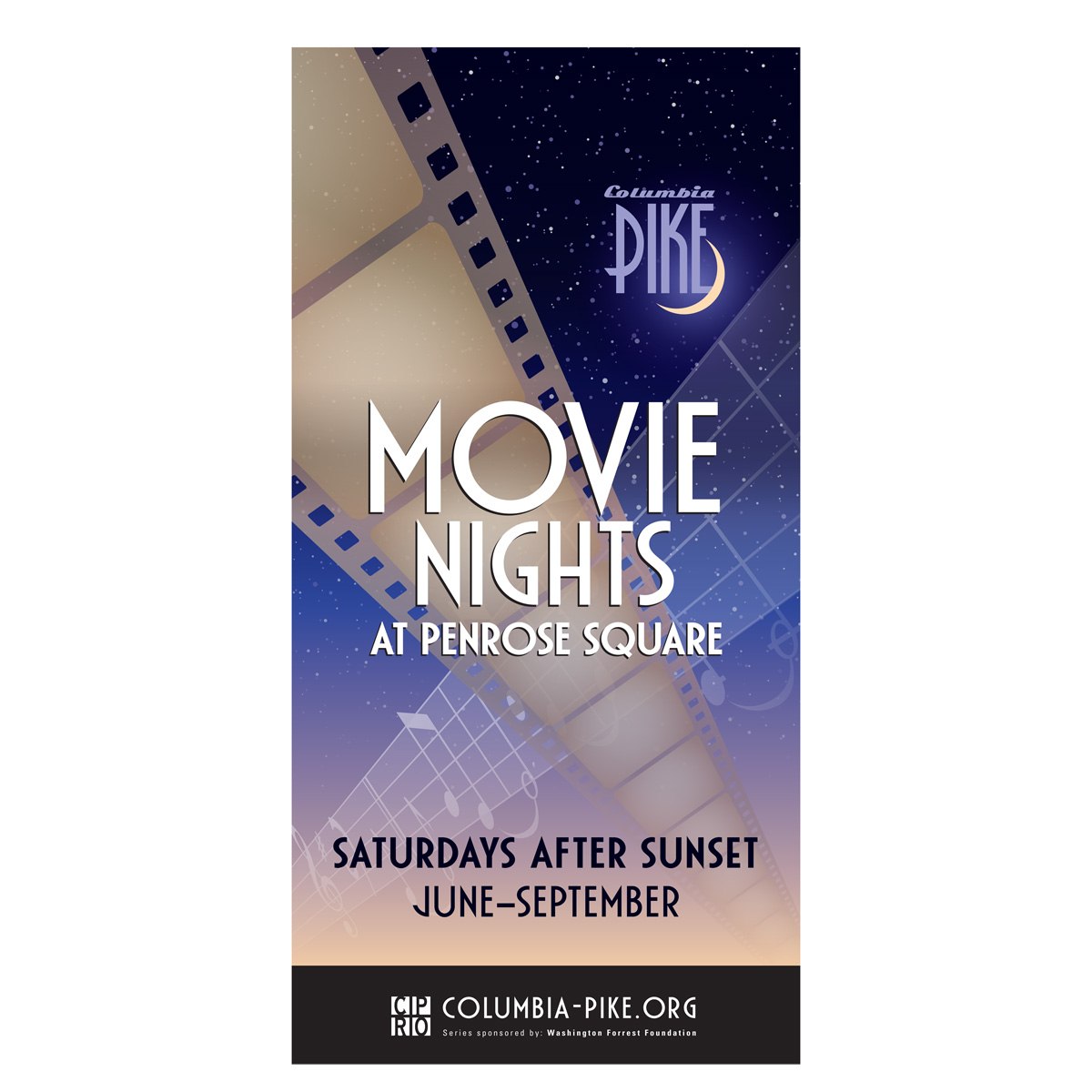 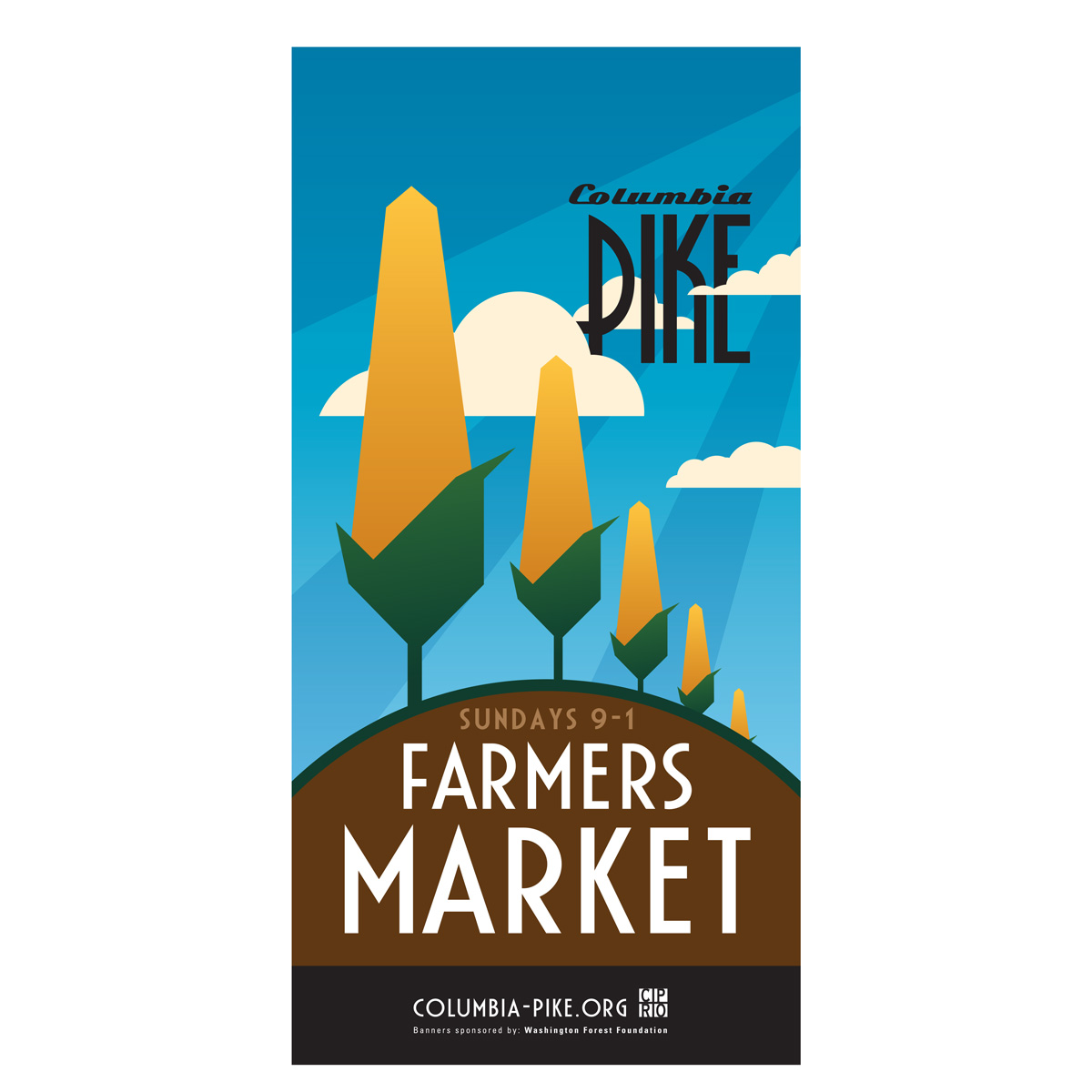 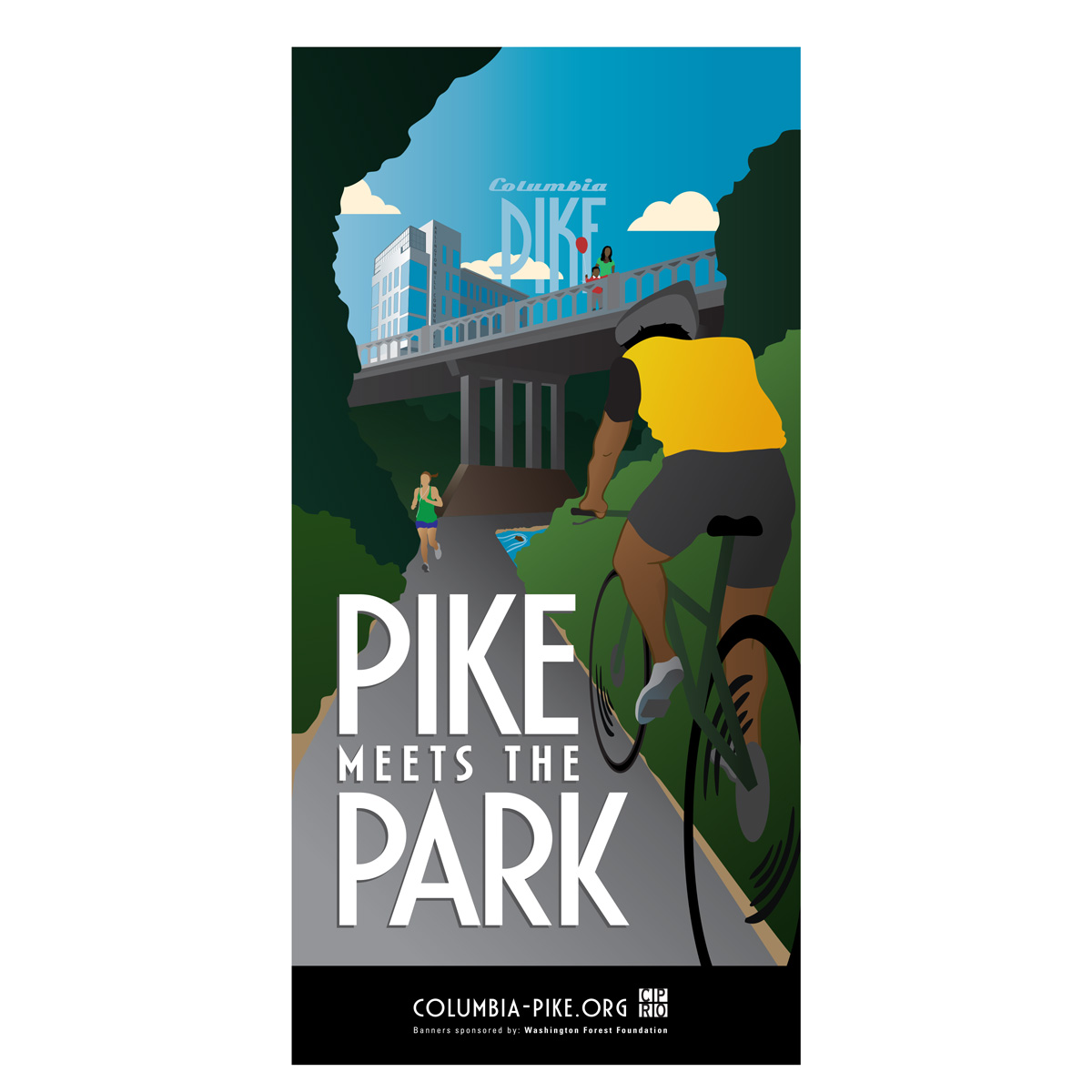 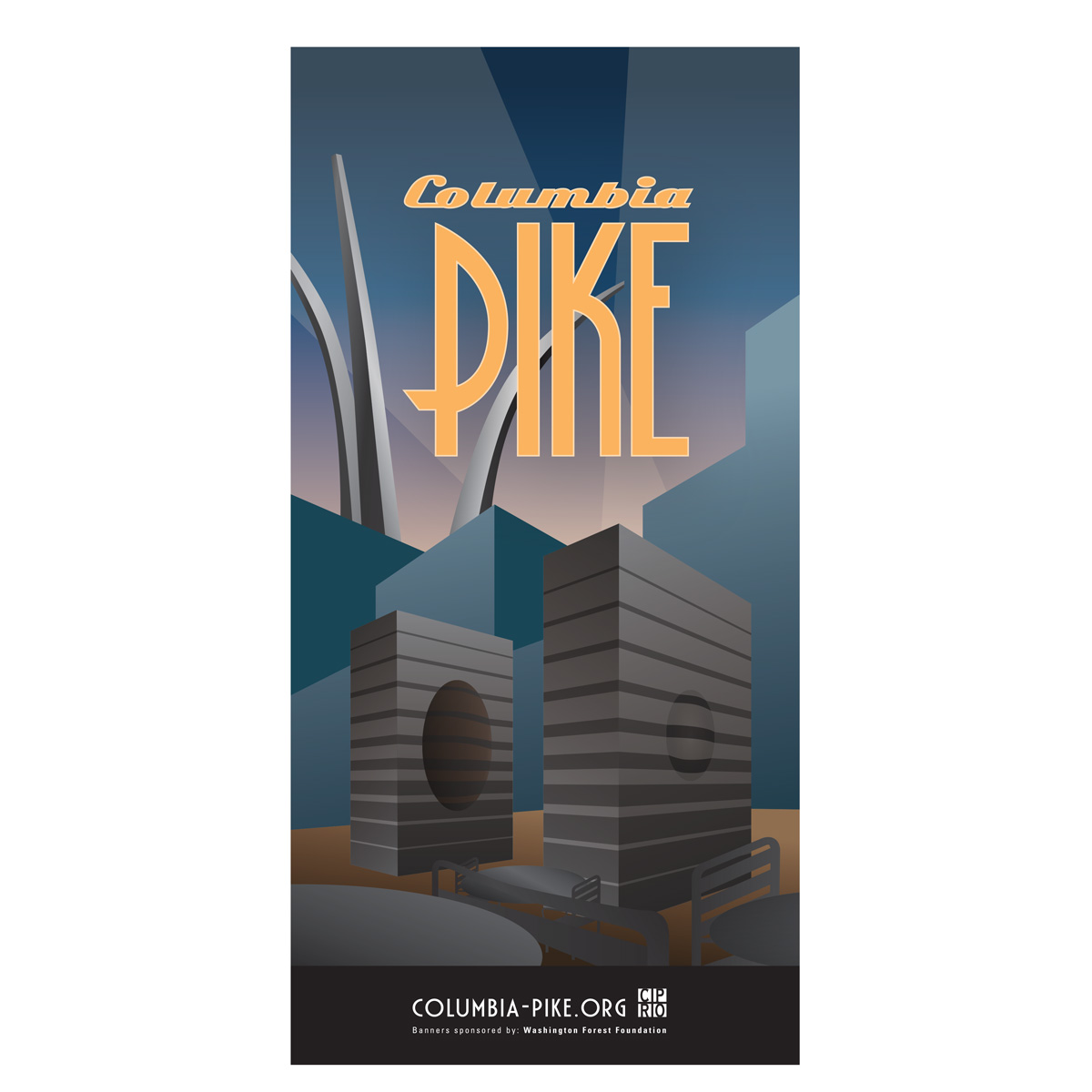 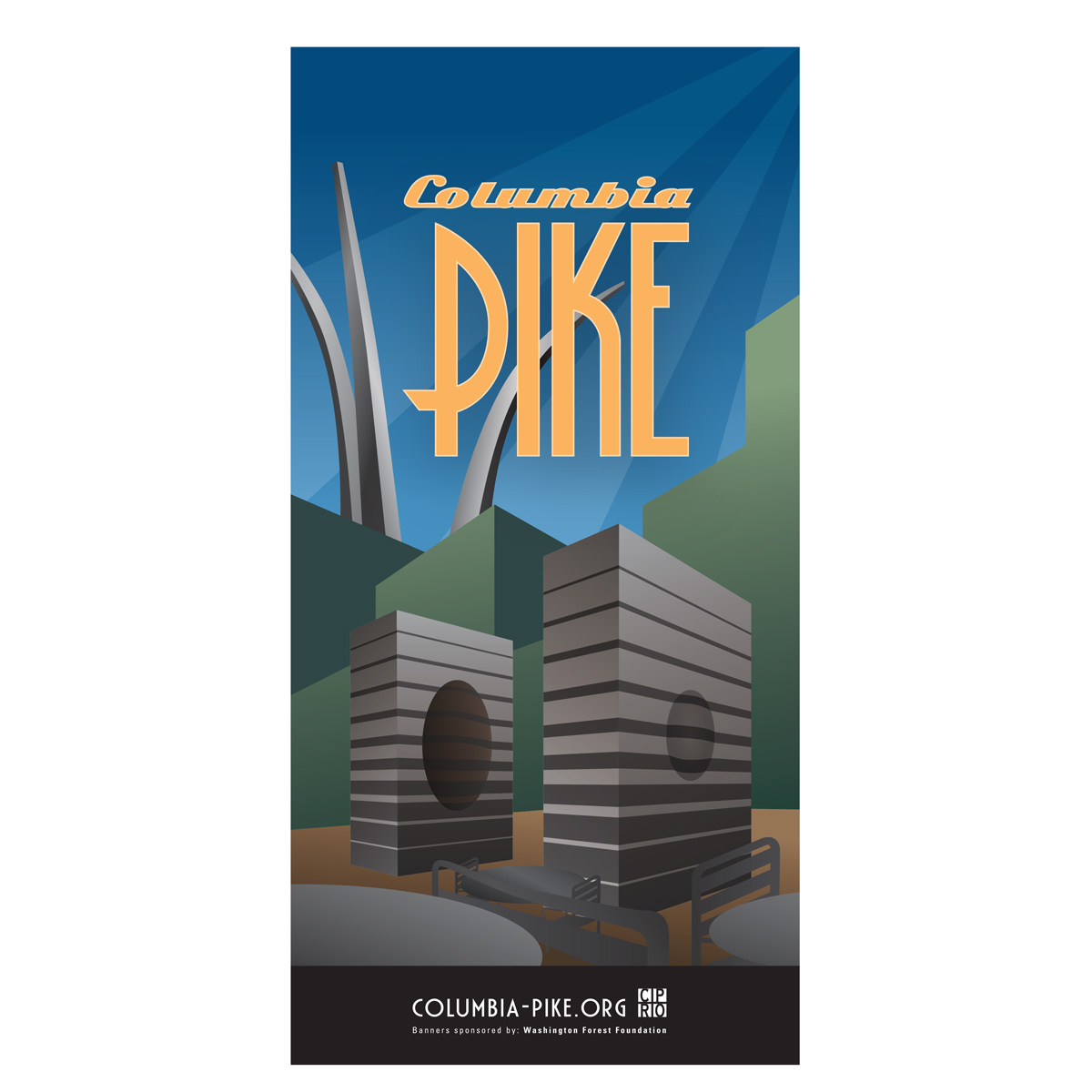 Columbia Pike Revitalization Organization (CPRO) is a coalition of businesses, civic associations, property owners and the Arlington County government that works together to champion and connect business and community along Columbia Pike in Arlington, VA. Winking Fish, a five-year (former) tenant of “The Pike,” engaged in a number of projects to draw attention to the cultural benefits and uniqueness that Columbia Pike has to offer its community. One of those projects was the creation of street banners that highlight various offerings and events occurring throughout the year on Columbia Pike.

This banner series was created to establish a cohesive identity along Columbia Pike and is changed seasonally to promote the weekly Farmers Market, Summer Movie Nights, nightlife and general life on the Pike. Drawing on the art deco style of some of the oldest buildings along the Pike, the banners help define the Pike, uniting its historic past with its modern shopping, dining and entertainment offerings.